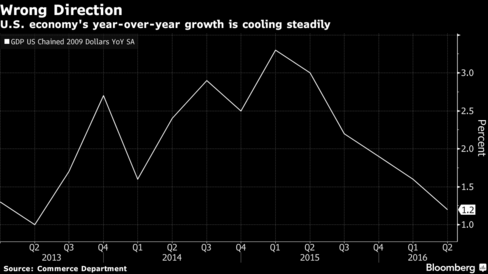 The economy continues to grow weakly, clocking in a 1.2% annualized growth rate.  This has been one of the longest eras where our annual economic growth rate has consistently stayed below 3%.

The U.S. economy expanded less than forecast in the second quarter after a weaker start to the year than previously estimated as companies slimmed down inventories and remained wary of investing amid shaky global demand.

The US economy is facing an ‘impossible trinity’ that will be...