Home News The “Babson Break”, could it happen again? 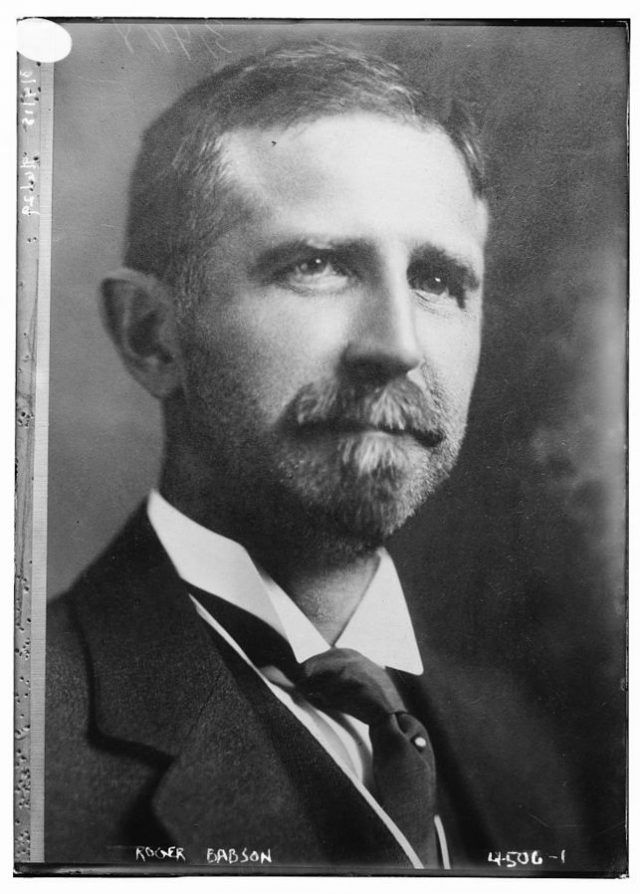 Roger Babson was an entrepreneur, economist and business theorist.  Born in 1875, he was 54 years old by the time the 1929 bull market had hit its peak.  He had lived through several panics, and the Depression of 1921, so he had never seen anything like the bull market of the late 1920s. Right after Labor Day, the DOW hit an all-time high of 381.17.  (Looking back, the market Case-Shiller Adjusted Price to Earnings [CAPE] was around 32.)

“[A] crash is coming, and it may be terrific. …. The vicious circle will get in full swing and the result will be a serious business depression. There may be a stampede for selling which will exceed anything that the Stock Exchange has ever witnessed. Wise are those investors who now get out of debt.”

The market dipped after his comments, and led to a few weeks of volatility, in which the DOW stayed in the upper 300s, but the straight up-and-to-the-right line had stopped.  The DOW never reached 381.17 again for over 20 years.

The press and economic professors vilified him for causing the volatility, but he went on to be just fine after the October 1929 crash.  In contrast, Economic Professor Irving Fisher, and a critic of Babson, went bankrupt just two months later.

Here we are, 88 years later, the market near a CAPE of 30, staring down the historically worst 3 month stretch for equities.  I do not fancy myself a Roger Babson, but, at best, I can only see a flat-lining of the market until earnings catch up.  One way earnings can catch up is a reduction of income taxes in this country.

If tax reform doesn’t pass, the optimism that is in the market will dry up.  If you’re flying high in the market, I hope you have your parachute on.  However, it’s better to be standing on the solid ground of cash.  Warren Buffett has stock-piled a record $100B of cash, waiting to deploy it.

Goldman Sachs is buying a startup that’s out to ‘revolutionize the...