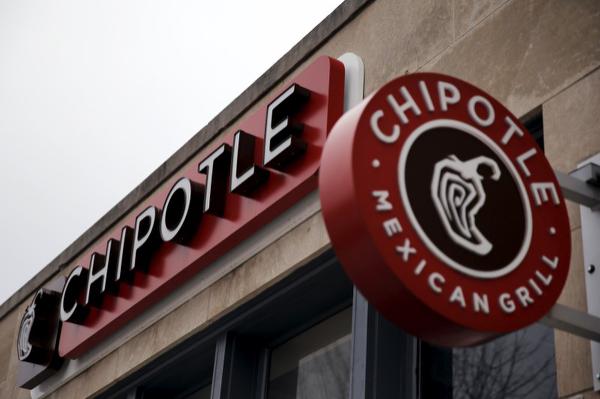 I wonder if rebranding themselves is going to work.  How does a burger wrapped in foil look?

Speaking of Chipotle, I may have to do a Chipotle hack post.  I get atleast 50% more food for the same base price.

Chipotle (CMG), which has fallen from darling status after a E. Coli and norovirus food safety crisis last year, has filed a trademark for the name “Better Burger,” potentially setting the stage for growth beyond burritos, which has long been the company’s bread and butter. Wedbush analyst Nick Setyan, who has an “underperform” rating on the stock, doesn’t think that a burger roll-out would be impactful near-term. “It would not impact the pace of a recovery in any way.  Based on the pace of development of their other brands like Shophouse, even if the first Burger unit were opened tomorrow, it wouldn’t be a meaningful contributor for another 5+ years.  In the near-term, it’s nothing but noise,” he told Yahoo Finance.

“Dumb Money”: This family bet it all on bitcoin